Here you will learn about Samuel O’Reilly – the inventor of the modern tattoo machine, get acquainted with interesting facts from history, see photo examples of old tattoo machines. 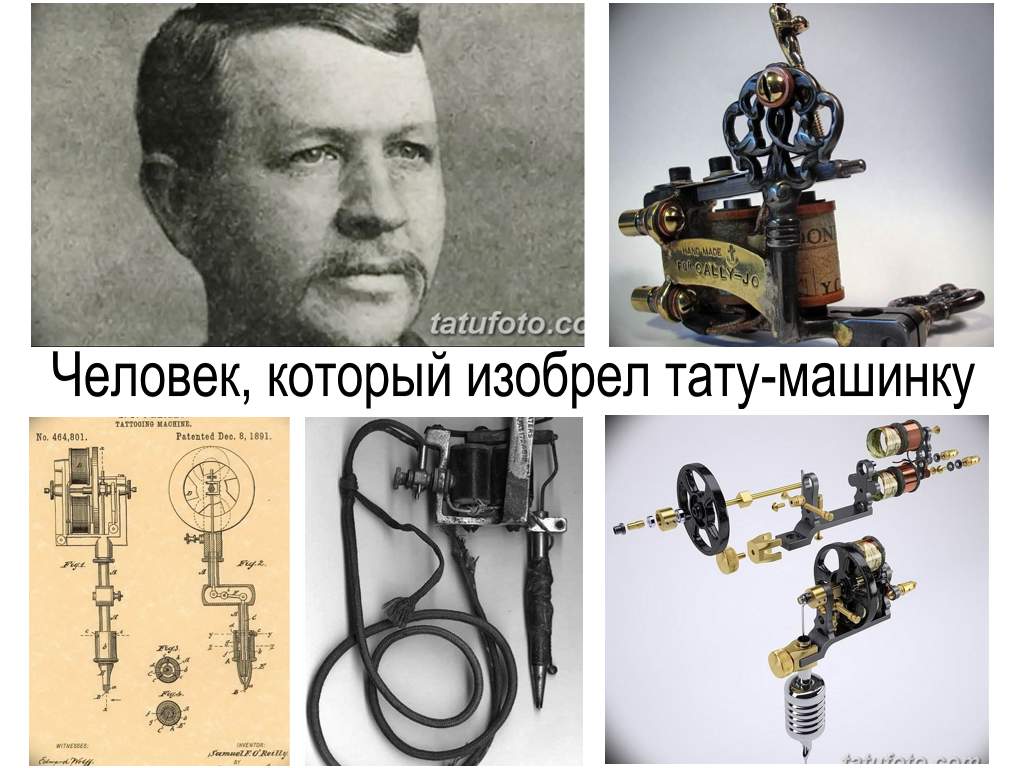 Samuel O’Reilly – the inventor of the modern tattoo machine

Samuel O’Reilly’s invention made him famous and revolutionized the tattoo industry.

Body modifications such as tattoos have been an integral part of Irish culture for many years and can be found in both writing and visual arts. The painting “The Marriage of Strongbow and Aiofa” by Daniel Maclees, displayed at the National Gallery, depicts tattooed Irish warriors on the battlefield. The art of tattooing may have ancient roots, but the modern industry is growing only thanks to one particularly prominent representative of the Irish diaspora..

Samuel O’Reilly was born in Connecticut in 1854 to Irish immigrants. Very little is known about O’Reilly’s youth, but the 1870 census (as discovered by Carmen Nissen and Rich Hardy of Buzzworthy Tattoo History) claims that Samuel O’Reilly worked in a watch shop as a teenager, specializing in copper wares. It is not surprising, because the area in which he lived was famous for copper production..

O’Reilly was a pretty difficult teenager. He was a kind of rebel, he loved to break the rules. By the age of 19, he had retired from the watch store and made a living in much more unsightly ways. This culminated in 1873 when he was arrested for stealing from a local store. Despite being a minor at the time, O’Reilly and his two accomplices were sentenced to two years in a maximum security penal colony for their misconduct..

After leaving the prison, O’Reilly will briefly join the fleet, but then deserted. However, it was at this time that he mastered the art of tattooing. Since the Civil War, tattoos have become very popular among the American military. However, along with this popularity, the belief spread that only drunkards and libertines get tattoos. As one “secular lion” from America said: “It will work only for an illiterate sailor, but not for an aristocrat.” However, O’Reilly soon managed to change attitudes towards this prejudice.. 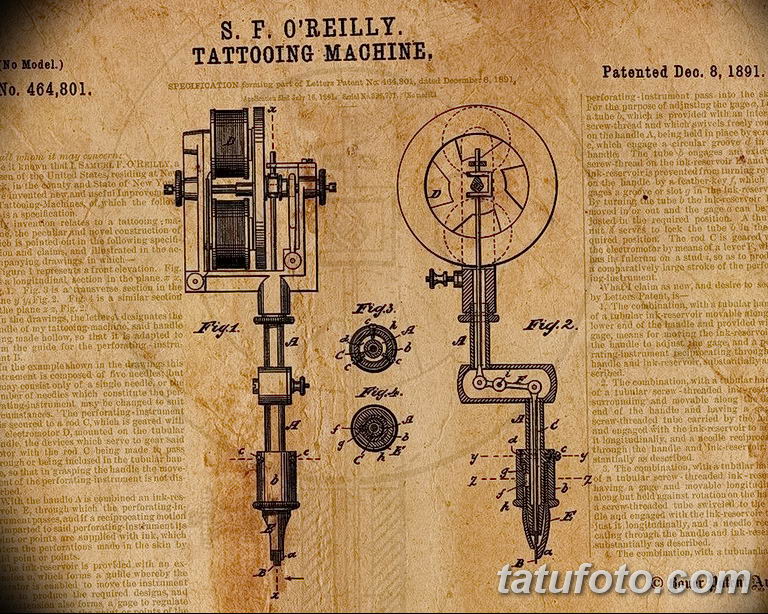 It is not known when exactly O’Reilly got involved in tattooing, but his name thundered only in the late 1880s. In 1875 he opened a tattoo parlor in Chatham Square, in a decadent neighborhood in New York. He built a career not only as a tattoo artist, but also as a showman.

By 1980 he had earned the title of Professor O’Reilly, World’s Best Tattoo Artist and Impeccable Gentleman. Many, to whom he hit tattoos, traveled the world, showing their drawings on the skin. O’Reilly enjoyed fame, basked in the attention of a curious audience, and also advertised his “painted people”.

O’Reilly played a decisive role in refining one of Thomas Edison’s failed inventions – the electric pen, he saw how useful this item could be in a tattoo. In the course of their experiments, O’Reilly created a device that could make the work of a tattoo artist much easier – a portable tattoo machine..

On December 8, 1891, he successfully patented his invention numbered 464, 801, thereby changing the face of the modern tattoo industry. Using the handpoke technique, even the most experienced craftsmen can pierce the skin 2-3 times per second. With the help of his machine, this could be done about 50 times already, it was an absolutely revolutionary phenomenon for the tattoo industry..

O’Reilly’s fame and fame skyrocketed. He was inundated with orders, and since the master could now work faster, tattoos were becoming more common in all factions of American society. Even noble people wanted to resort to the services of the “Professor”, but they preferred not to come to his studio, but called the tattoo artist to themselves. 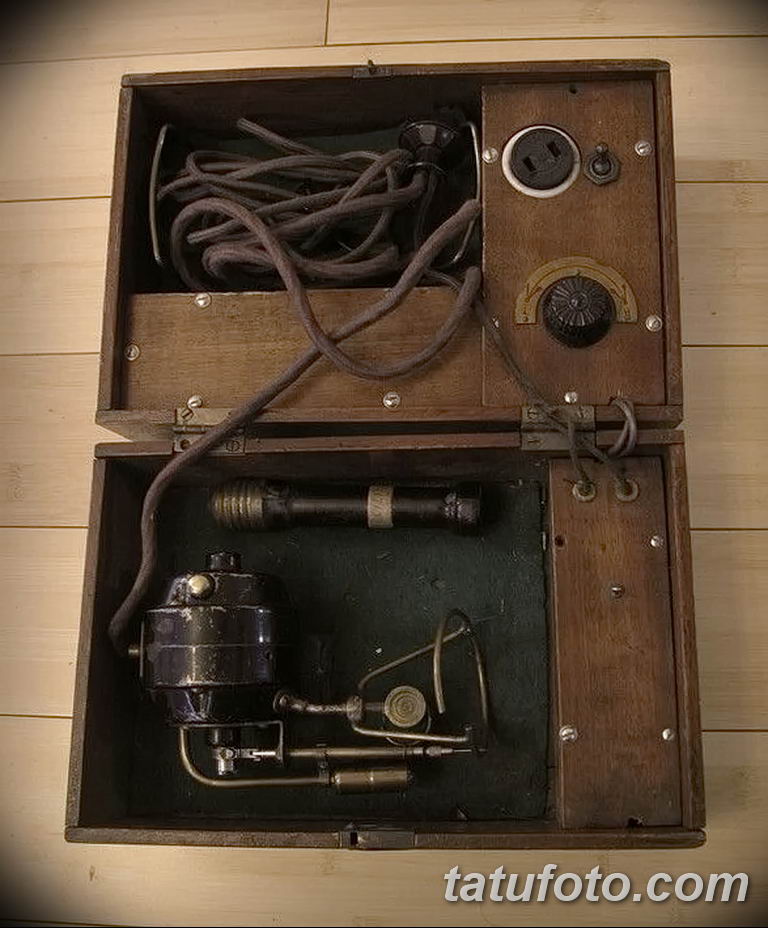 His popularity was noticed by other masters, many of whom also wanted to master the work with a tattoo machine. In 1990, O’Reilly sued his rival Elmer Getchell, who also used a famous patented typewriter. The case was never resolved, but the artists seem to have settled their issues out of court..

At the turn of the century, tattoo studios began to appear in every major city in America, O’Reilly’s influence was already spreading beyond its borders, to Europe. O’Reilly managed to successfully preserve his legacy, but the artist did not have long. He died in 1909 after falling while painting his house.

Samuel O’Reilly went from an inglorious thief to a famous tattoo artist, his life was certainly bright. 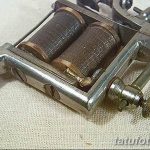 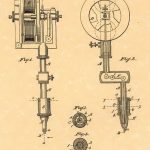 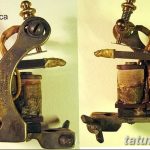 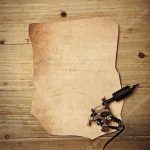 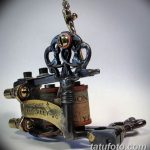 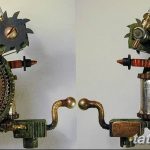 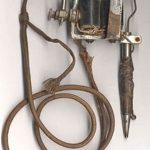