From the material you will learn about the new tattoo design with a rose, which this weekend appeared on the neck of Justin Bieber and was made by the star tattoo master – Dr. Wu.. 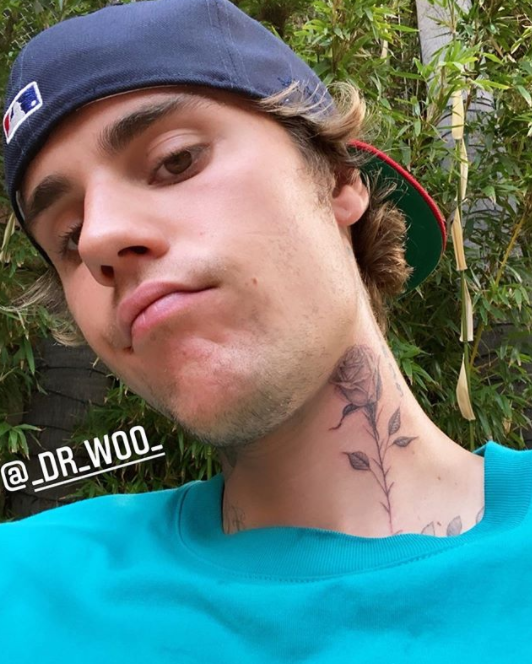 New tattoo with a rose on the neck of Justin Bieber from the star tattoo master – Dr. Wu: interesting facts and photos of the tattoo

Many tattoo artists and tattoo fans considered the tattoo designs that were made on the body of Justin Bieber an outright laughing stock. Because objectively, many of Bieber’s tattoo designs were overt and overused clichés, others were just low quality.

No matter how strange it may sound, despite the almost unlimited reserves of money, a huge number of connections, influence and recognition, celebrities often manage to make frank partakas or tattoos on their bodies, which can hardly be called anything other than dubious..

Apparently, as he got older, Justin Bieber learned from his life experience and began to do the right things. Among them, a ring for Hailey Baldwin and the choice as a permanent tattoo artist – Dr. Wu, who changed the situation with Bieber’s tattoos in a positive direction..

Over the first weekend of September 2020, Justin Bieber added a new rose tattoo design to his neck by renowned tattoo artist Dr. Wu.. 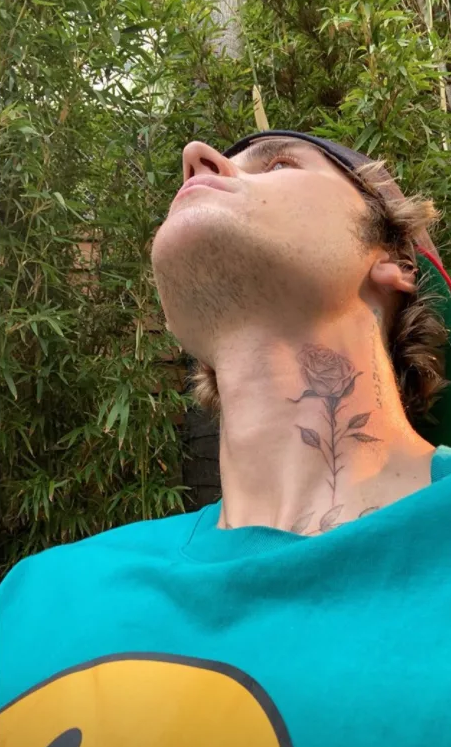 Rose tattoos were done flawlessly, with proper quality and decent shading, in addition, this tattoo pattern became an excellent pair for a dove tattoo, which is located on the other side of Justin Bieber’s neck and was previously done by the same Dr. Wu.

Apparently, Justin Bieber “took the path of correction” and now it became interesting to follow his tattoo drawings, and not to ridicule and condemn.

What do you think of Justin Bieber’s tattoos?

You can leave your opinion on our tattoo forum or in the comments under the material.