Photos of a tattooed Bristol resident exploded the internet. The reason for this was the numerous tattoos of the 57-year-old pensioner, with the help of which he wanted to achieve an external resemblance to his favorite pets – parrots. Bright tattoos that imitate their colors, except for the man’s body, cover his entire face and are even applied to the eyeballs. 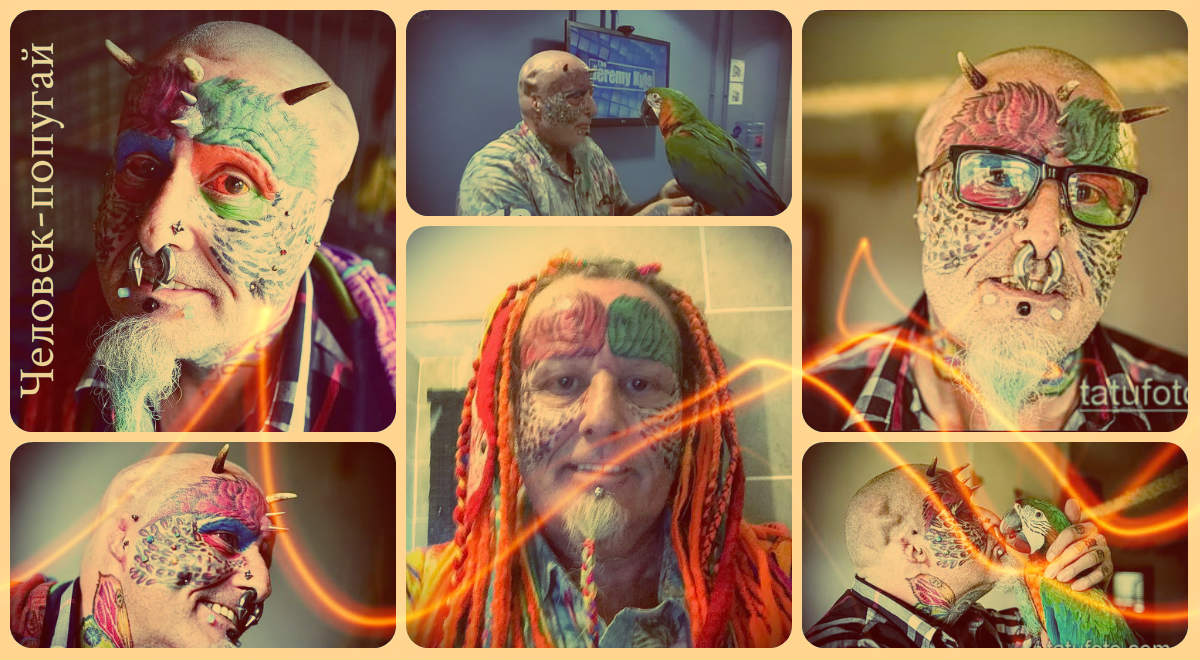 Parrot man – a man with many tattoos and body modifications – photo

Parrot Man: “This is the best thing that has happened in my life”.

Prior to retirement, Ted Richards lived a normal life. He worked in a shoe factory, and his family was replaced by his pets – Jake’s parrots, Timne, Booby, Tik and Ellie. But after leaving for a well-deserved rest, he had the opportunity to realize his dream – to paint his face and body with images made in the form of parrot feathers.

Today he is the owner of over a hundred tattoos and is one of the most talked about people on the Internet. In addition to tattoos, his body is adorned with more than 50 types of piercings, about a dozen different implants and a forked tongue. 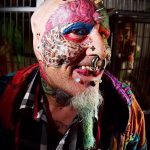 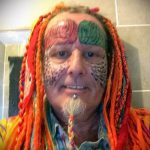 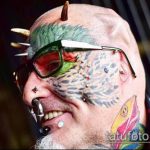 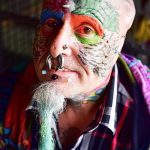 By his own admission, such a change in image is the best thing that has happened to him in his life. And every time he now sees himself in the mirror, he is overwhelmed with a feeling of joy.

To further enhance the feathered resemblance, the 57-year-old recently hired a plastic surgeon to get rid of his auricles. However, after a while he had to lie down on the operating table again, since he did not take into account the fact that he wears glasses and now they had nothing to hold on to. But after the doctor inserted a pin on both sides of him, the problem was solved.

In his numerous interviews, Ted emphasizes that he does not intend to stop there and further changes in appearance will affect his nose. A man wants to find a good plastic surgeon who can change the shape of his nose, making it as close as possible to the beak.

Experts say that the most painful and risky are the tattoos he made on his eyeballs. This type of tattoos requires a master of high skill and jewelry precision, since just one wrong movement, a person can permanently lose his sight.

But for Ted, the procedure was successful, and at the end of a complex and expensive operation, the white space around his pupils turned blue and red. He stressed that the procedure itself was not very pleasant: in order to achieve the desired effect, the specialist had to insert the needle into the eye several times. But when it was over, he was pleased with the result..

The striking change in the appearance of the Briton sparked a lively discussion on social networks.

Some people reacted negatively to the man’s desire to become like his beloved pets, citing mental problems as the reason for such a change in image. But at the same time, there were those who approved of his behavior and reminded that by his act he did not harm anyone and this is his right to be who he wants.