Here you can find out about new tattoo of famous archaeographer and dancer Amador Lopez, get acquainted with the photo of the drawing, learn its history and meaning. 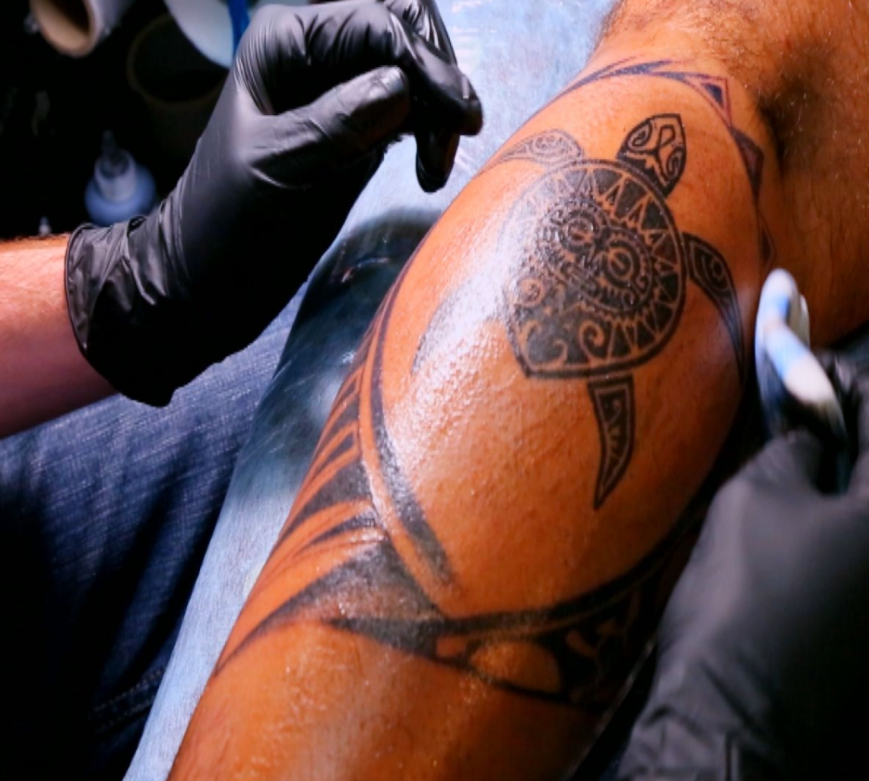 Famous choreographer and dancer Amador Lopez got a tattoo on his entire ankle. This was reported by the 1 + 1 TV channel. Amador, talking about his feelings, compared the process of tattooing with childbirth. “It seems to me – he said to the camera – this is worse.” And, according to the host of the “High Life” program, he invited everyone to think about the need for a tattoo in fact.

The artist himself chose a turtle tattoo. “She is my amulet,” Lopez said. Further, continuing his story, the choreographer explains that he spends a lot of energy in his work. “I want the turtle to balance and calm me down,” he says..

Be that as it may, the seven-hour pain is already behind, and on the ankle – a talisman tattoo.

Amador Lopez was born in Venezuela and was seriously involved in choreography from early childhood. At the age of 7, Amador added fencing to dancing and eventually achieved success in this sport. In 2000 he became world champion. However, choreography became his profession. Having moved to Kiev, Lopez created his own dance studio and show ballet. Works as a choreographer with famous pop artists – Valery and Konstantin Miladze, Philip Kirkorov and others. In the television project “I dance for you” he is the head of the jury.