In the article, let’s talk about the meaning of the blackthorn tattoo, find out the meaning and history of this religious design in a tattoo. For those who, before contacting a tattoo parlor or a tattoo master, wants to be prepared and think over the idea of ​​a tattoo in detail, we suggest looking at the following sections with examples as an addition: 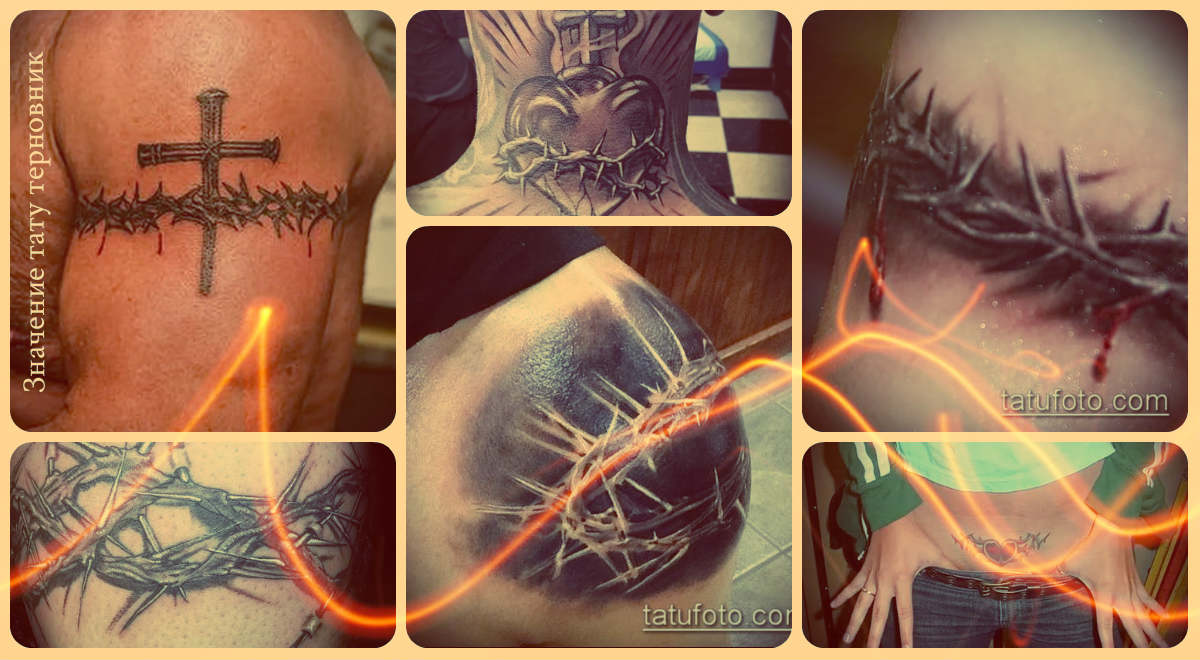 Interesting facts about the meaning of the blackthorn tattoo

What does blackthorn mean

Different peoples give this thorny tree a special sacred meaning. The thorns planted around the house distracts misfortunes and misfortunes from the home, and the door decorated with a thorn twig will not let bad energy and spirits into the house.

Also, there is information that in ancient times in Mexico, the thorn was used for self-torture, characterized by special cruelty..

Even the ancient Roman philosopher Seneca mentions in his dictum the blackthorn “Per aspera ad astra”, which from Latin means “Through thorns to the stars “, which speaks of overcoming difficulties on the way to your goal.

Often, references to thorns are found in myths and fairy tales. He plays the role of difficulties and obstacles that the hero must overcome. Moreover, even in the Old Testament, it is said how from a burning bush of thorns God appeared to Moses and commanded to lead the people.

The blackthorn is actually a very ancient symbol and it is known all over the world..

Often, like all plants with thorns, it is a symbol of primitiveness, prehistoric times, and purity..

But, the blackthorn, first of all, is a symbol of faith, strength and suffering of Jesus Christ. His voluntary and atoning sacrifice. Often, an image of a wreath of thorns is used for wearable designs. The image of such a crown will have meaning regarding injustice, suffering, sad and divine truth..

A tattoo with a thorn or a crown of thorns is definitely a rather suffering and sad symbol.

Basically, patterns with thorny branches with thorns are drawn on the body. And usually such an image of a blackthorn is used together with an additional drawing, as an element, or an ornament, and less often as an independent tattoo..

This tattoo is most popular among men..

A tattoo in the form of a crown of thorns, based on recognition and faith in God and divine power, as already described above, will mean that a person, the owner of the tattoo, overcomes life difficulties, personal problems and experiences.

So, a tattoo depicting a thorn bush wrapping a cross will mean a connection with the Almighty, devotion to God and protection of one’s faith by a person.

Sometimes the blackthorn is depicted as a kind of cover or fence, meaning some protection from others and society. Often, such tattoos are done by rather secretive people. A tattoo with a blackthorn in the form of such a fence demonstrates such human qualities as:

For example, for a soldier, a blackthorn tattoo can have the following meanings:

Mostly, thorns and thorns tattoos are applied to the wrists, hips, ankles and shoulders. Much less common, seen on the chest, back and neck.