Meaning, history, facts and meaning of the rune tattoo

Runes are bizarre symbols that are often identified with magic and mystical energy. Some believe that runes serve only as symbols to convey information, but this is not entirely true. Runes contain a meaning that goes far beyond the usual human understanding of the material world – this forms rune tattoo meaning.

According to the results of research by specialists, it was revealed that runic symbols in ancient times had a predominantly esoteric meaning and were associated with magical secrets.. 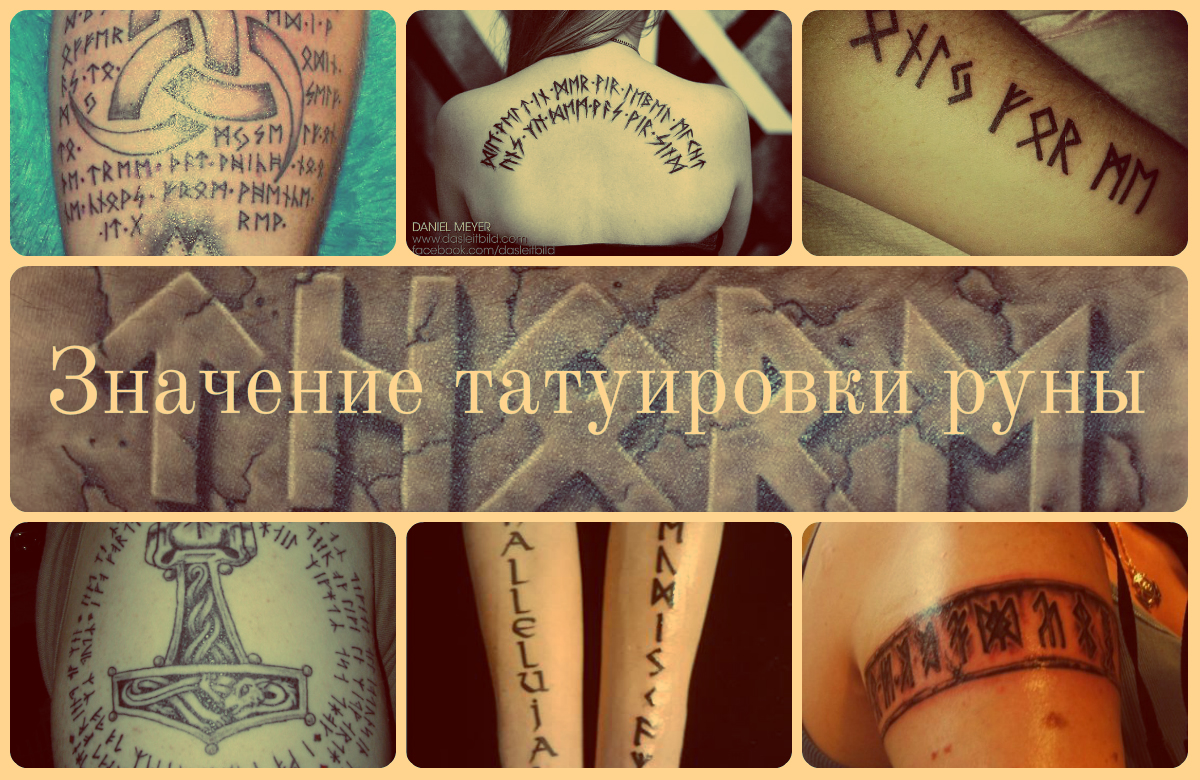 Examples of ready-made rune tattoos and their meaning

Subsequently, at the dawn of our era, thanks to the runes, the first alphabet of the Anglo-Saxon peoples was formed, which then spread to all adjacent lands and islands. Writing by means of runes was carried out on hard surfaces, such as wood or stone, calendars were also created using these symbols. However, soon the runic alphabet was supplanted by the Latin, as it was more convenient.

Runes tattoos and their meaning

But, despite this, the runes found a place among the Scandinavian peoples until the beginning of the twentieth century. In addition, runic symbols have found their place among the art of tattoos, since their number and meaning make it possible for a wide choice individually for each person..

According to the myth of the Scandinavians, the supreme northern god Odin was the first to comprehend the mysteries of the runes, which were revealed to him in a vision. After that, he sprinkled his own blood on his spear and carved runes on the World Tree..

Symbols similar to runes were also found in the cultures of the ancient Celts and Slavs, but of course with a number of differences and features. The Celts mainly used runic symbols as decoration for armor, weapons, and common household items, and also applied them as amulets. Among the Slavs, in turn, the runes were used not only in writing, but also reflected the entire culture and mythology of the people..

Runes, as already mentioned, are closely associated with magical art, therefore, their meaning, in one way or another, comes into contact with magic. These symbols have become very popular in the tattoo world and have many meanings. The number of runic symbols exceeds 20, and each runic hieroglyph has its own unique meaning. 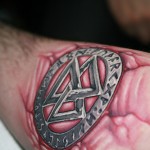 Unusual color tattoo with a rune 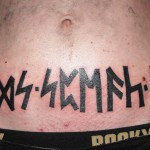 Runes tattoo on the lower abdomen 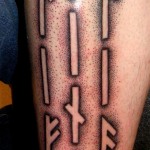 Runes in a tattoo on the arm 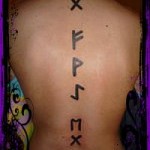 Runes in a tattoo along the spine

Each of these symbols consists of three inseparable elements: rune, sound and sign. All three components cannot exist without each other..

Rune tattoos are most often used as amulets and talismans, which can reflect the strengths of the wearer. Also, it is believed that the image of the rune on the body establishes a connection with the ancient gods and places them under their protection. A tattoo of a rune, symbolizing a talisman, is often applied along with a portrait of a loved one, in order to thus protect him from all adversity and dangers..

The meanings of the rune tattoo are great, as are the symbols of the runes themselves. They can also be combined, applying runes that give vitality, health and energy, protect, promote prosperity and prosperity, and also bring good luck..